Back in the ’80s, an Italian artist named Valerio Adami designed and signed the label on twelve bottles of Macallan 1926. Today, those bottles are worth more than just a pretty penny: $1.1 million dollars, to be exact.

The bottle was put up for auction by Bonhams in Edinburgh, Scotland, setting the world record for the most valuable bottle of whiskey ever sold, according to a press release. In spite of the record-breaking achievement, the unnamed buyer couldn’t even be bothered to show up — the private collector called in the winning bid by phone. 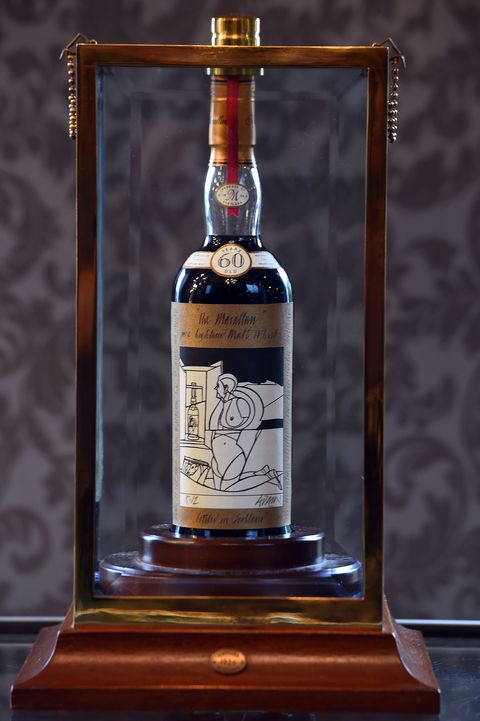 Distilled in 1926 and kept in a cask until bottling in 1986, only 24 bottles were ever produced, and no one is sure how many still exist. The reason for their insane value isn’t about the whiskey inside, but the collector value of the labels: Adami was commissioned for twelve, and the other dozen were designed by British artist Peter Blake, who co-created the album cover for The Beatles’ Sgt. Pepper’s Lonely Hearts Club Band.

The record may not last long. Sotheby’s is set to auction off a Peter Blake-signed bottle in New York on October 13th, and it’s expected to push that record to $1.2 million.

And for those of us who paid rent this week, here’s a reminder that Aldi’s $17 whiskey was recently named the best in the world. Bottoms up.

Here’s an Online Community of Men with Great Fashion Styles!

Here’s an Online Community of Men with Great Fashion Styles!